In this fast-paced world, technology has wrapped us all around by making our lives easier. There is no doubt that technological advancements have served the mankind a great deal. It used to take hours to do simple tasks, if done manually, now with the help of new innovations; it has become more and more convenient. If you look on the Google Play Store, you will come across millions of applications that could help you learn any language you want in the world to solving mathematical equations. In the same time, whenever a user installs an application; you would have noticed that it is asking for certain permissions. Ideally, these ‘permissions’ are there to perform the functionality of the certain application, but there are various other applications that ask for permissions to read your ‘messages’ or even ‘call logs’. What are they going to do with that permission? Well, an average human being is not always using his/her phone, but does that mean the application(s) that are installed on the phone would stop working? Absolutely not. Those applications have the access to your geographical location to your history. It has raised many red-flags, you can never be too sure about what are they going to do with your personal information. 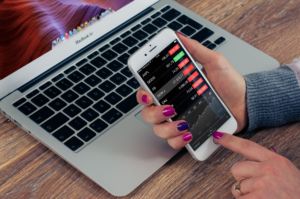 It is estimated that more than 60% of the users decline the developer’s right to ask for ‘permission’, after they have install the application. However, in developers’ defense, Google Play Store doesn’t offer to manually edit the ‘permissions’. For instance, you might have installed the application for the Flashlight, however, it is asking to access your phone’s system control. Whereas, the application just want to access the Flashlight functionality of your phone but it can only ask for the permission to access your ‘System Settings’. Myriads of users would decline the permission, since they don’t know about the ‘System Settings’ the developer would be controlling.
Many people argue that if you have nothing to hide then you wouldn’t be bothered with these permissions. However, it doesn’t account for the violation of your personal privacy. Every person has the right for that. It is becoming increasingly hard to dodge these applications, since you just can never be sure about which application is keeping tabs on you. In the light of recent Facebook blunder, where the personal information was sold to the interested parties in order to enforce a certain narrative. There are currently more than 3 million applications on Google Play Store itself, and more than half of these applications would collect your personal data, and potentially use it for their personal agenda. This is why it is absolutely crucial to look at the list of ‘permissions’ before installing any application, and don’t install any application that you would think that could be prone to take your personal data and sell it to any interested parties. It’s near impossible to be completely transparent in this digital age, but one can always do whatever it takes to be cautious about these gimmicks. 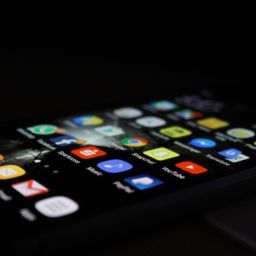 There is no doubt that Google has emerged as a big giant in the market of smartphones. It hasn’t been…